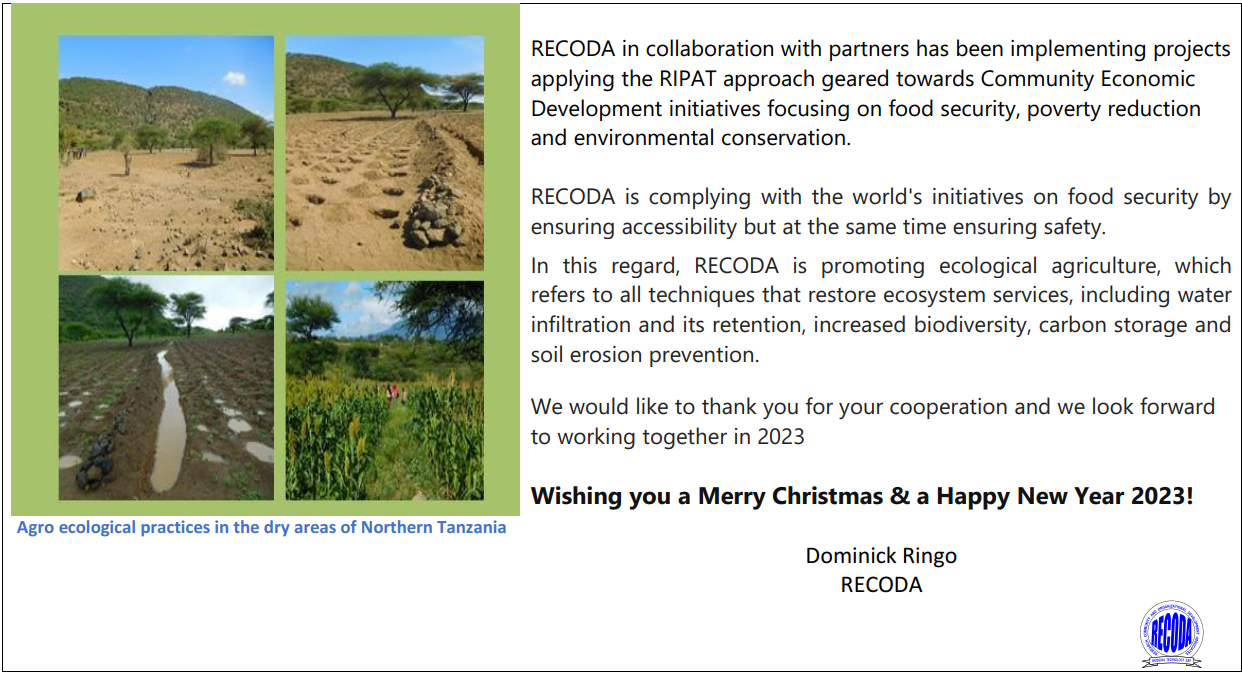 RECODA in collaboration with partners has been implementing projects applying the RIPAT approach geared towards Community Economic Development initiatives focusing on food security, poverty reduction and environmental conservation.
RECODA is complying with the world’s initiatives on food security by ensuring accessibility but at the same time ensuring safety. In this regard, RECODA is promoting ecological agriculture, which refers to all techniques that restore ecosystem services, including water infiltration and its retention, increased biodiversity, carbon storage and soil erosion prevention.

ADVERTISEMENT FOR COMMUNICATION AND PROCUREMENT OFFICERS POST AT RECODA

RECODA is looking for a dedicated person to join our team in the following positions:
Job Title: Communication officer: 1 post  Read more… 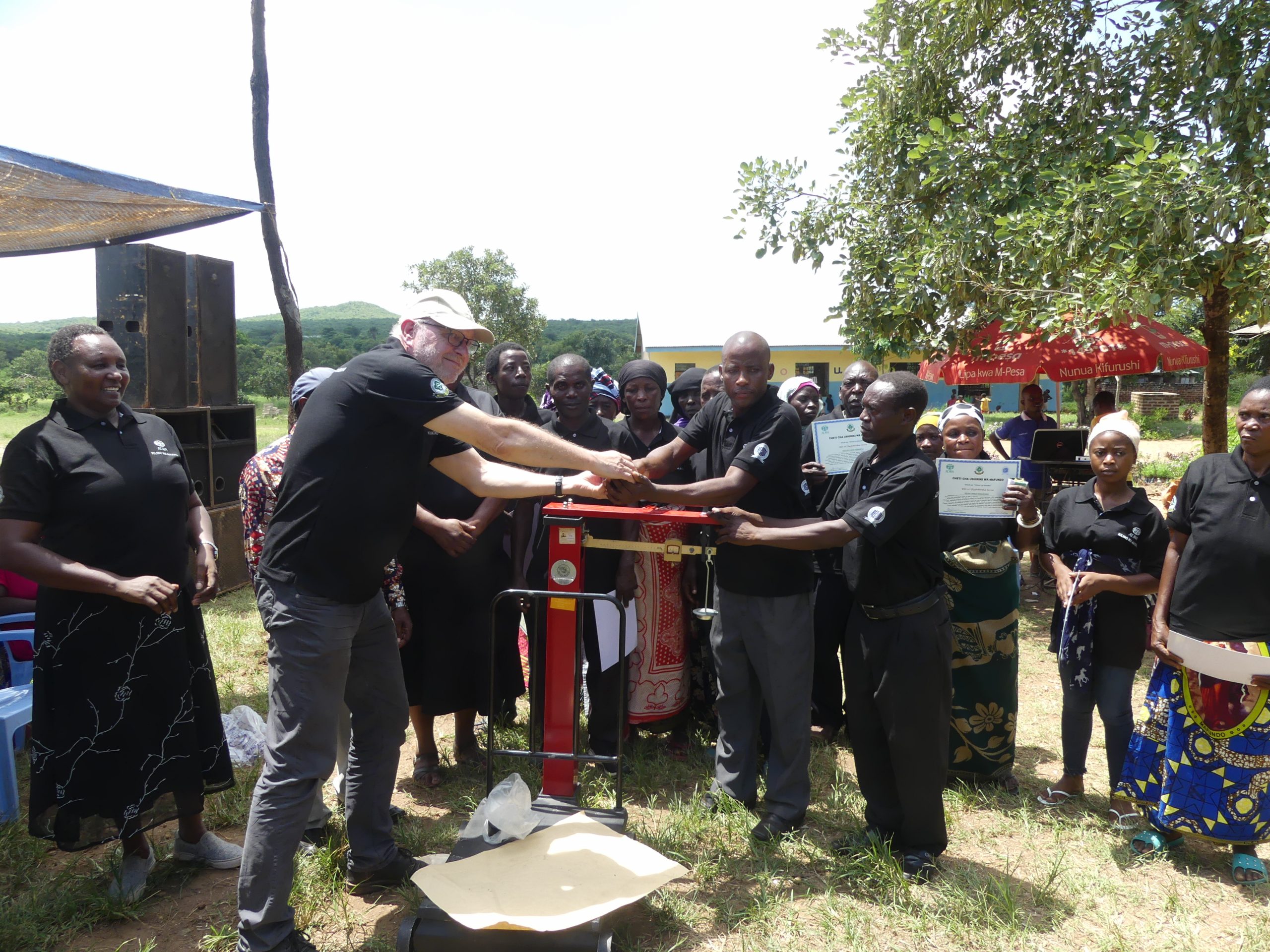 Farmers in Kinyenze village at Mlali ward in Mvomero District and Towelo Street at Mlimani ward, Morogoro Municipality graduated on 4th and 5th April 2022 respectively after successful completion of their Farmer Market School (FMS) training sponsored by DANIDA and Blue Marsh Society through ADRA Denmark. The farmers have been trained under Kilimo na Masoko-Farming for the Market project, which is being implemented by ADRA Tanzania, RECODA and SUA. There has been a positive response from the farmers and they have benefited greatly. Their slogan is “Kilimo na Masoko; tunaanzia sokoni tunazalisha shambani kwa mapato zaidi” which means that , “we start from the market, we produce in the field, for higher income.”

END_OF_DOCUMENT_TOKEN_TO_BE_REPLACED

A new five year program (Kilimo Endelevu Arusha) was launched in Arusha on22/03/22. It will focus on Agro-Ecology(environment, food systems and livelihood improvement).The program will be implemented starting from January 2022 to Dec 2026 in 16 villages of Arusha and Meru Districts, Arusha region. The program will be implemented in a partnership between RECODA, Islands of Peace (IDP), MVIWAARUSHA, CARI and Meru District Council and Arusha town council.

The Board members and heads of departments in a group photo

The Board members and heads of departments in a group photo. From Right is the Secretary of the board who is also the Executive Director(ED) of the organization Dr. Dominick Ringo, Board Chairman Mr. Gerald Mgaya and Project Leader Ms Josephine Ng’ang’a

Members discussed 3 main agenda which are: approving the organization’s budget for 2022; approval of some of the policies developed for organizational operations and organizational plans on how to reduce dependence on donors. The organization has put in place various strategies including developing a Kikwe center that will provide a wide range of agricultural, livestock and environmental resources for income generation for various purposes including projects implemented in various areas, financial statements as well as staff information.

Four partners will be involved in the project:

From 2018 until the end of 2019 ADRA Denmark worked with RECODA on the introduction of the RIPAT approach in the Action for Social Change programme in Burundi. RECODA has a MoU with SUA under which they are implementing the current project and collaborating on research and introduction of the RIPAT approach to students and academic staff at the university. It is under this MOU ADRA Denmark started working with SUA in the development of this project.

Graduation activities for eight (8) phase one groups after completion of 14 training sessions and market visits. This was conducted from 5th Oct to 14th October, 2021.Only 169farmers (92 Females and 77Males) graduated out of 189 farmers (108 Females and 81 Males). The remaining 20 farmers failed to graduate due to poor attendance and thus failed to complete all sessions. Each group held its own graduation ceremony in their villages. During the graduation ceremonies, the local leaders attended

N:B Tupendane and Uchumi groups organized graduation ceremony together on the same day, while Maendeleo and Faraja also did the same .